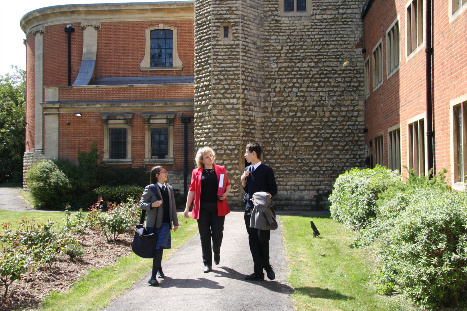 Kerstin was born and raised in Germany where she studied English, French, Spanish, Mechanical and Electrical Engineering at Hildesheim University and graduated as a technical translator (Diplom-Fachübersetzerin Technik). From her early teens Kerstin spent time in England and France with host families to further her foreign language skills.  As part of her degree Kerstin also spent three months studying at Liverpool Polytechnic (UK) and six months at Université de Haute Alsace (France).

In 1988 Kerstin moved to the UK and pursued a successful career in banking for more than ten years with American and German banks in the West End and City of London. She obtained a BSc (Hons) in Financial Services and the Associateship with the Chartered Institute of Bankers (ACIB) having pursued a further 3 year degree course at Guildhall University London whilst working full-time in the City and raising two young sons.  Following the birth of twin daughters in 2000, Kerstin took a career break for several years to spend more time with her young family.

From 2006, Kerstin returned to work part-time as the finance manager for a charity in Bishop's Stortford which supported people with learning disabilities. In 2009 Kerstin started her own company offering independent care support planning and finance administration for disabled people.  The same year Kerstin also became the guardian for her first student at Bishop's Stortford College.

Kerstin and her family are hospitable and welcoming hosts to English language students and boarders from overseas.